The Conference Board Consumer Confidence Index® declined in November, following an improvement in October. The Index now stands at 135.7 (1985=100), down from 137.9 in October. The Present Situation Index – based on consumers’ assessment of current business and labor market conditions – improved slightly, from 171.9 to 172.7. The Expectations Index – based on consumers’ short-term outlook for income, business and labor market conditions – decreased from 115.1 last month to 111.0 this month.

The monthly Consumer Confidence Survey®, based on a probability-design random sample, is conducted for The Conference Board by Nielsen, a leading global provider of information and analytics around what consumers buy and watch. The cutoff date for the preliminary results was November 13.

“Despite a small decline in November, Consumer Confidence remains at historically strong levels,” said Lynn Franco, Senior Director of Economic Indicators at The Conference Board. “Consumers’ assessment of current conditions increased slightly, with job growth the main driver of improvement. Expectations, on the other hand, weakened somewhat in November, primarily due to a less optimistic view of future business conditions and personal income prospects. Overall, consumers are still quite confident that economic growth will continue at a solid pace into early 2019. However, if expectations soften further in the coming months, the pace of growth is likely to begin moderating.”

Consumers’ outlook for the labor market was somewhat mixed. Those expecting more jobs in the months ahead increased slightly from 22.3 percent to 22.8 percent, while those anticipating fewer jobs also increased slightly, from 10.6 percent to 11.1 percent. Regarding their short-term income prospects, the percentage of consumers expecting an improvement declined from 24.7 percent to 21.5 percent, but the proportion expecting a decrease also declined, from 8.2 percent to 7.8 percent. 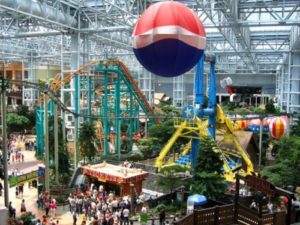