“Consumer confidence declined in June after improving in May,” said Lynn Franco, Director of Economic Indicators at The Conference Board. “Consumers’ assessment of present-day conditions was relatively unchanged, suggesting that the level of economic growth remains strong. While expectations remain high by historical standards, the modest curtailment in optimism suggests that consumers do not foresee the economy gaining much momentum in the months ahead.”

Consumers’ optimism about the short-term outlook eased in June. The percentage of consumers anticipating business conditions will improve over the next six months decreased from 23.3 percent to 21.4 percent, while those expecting business conditions will worsen rose from 7.8 percent to 9.8 percent. Consumers’ outlook for the labor market, however, was slightly more favorable. The proportion expecting more jobs in the months ahead increased marginally, from 19.7 percent to 20.0 percent, while those anticipating fewer jobs decreased, from 13.1 percent to 12.6 percent. Regarding their short-term income prospects, the percentage of consumers expecting an improvement declined, from 21.4 percent to 18.8 percent, while the proportion expecting a decrease rose from 8.0 percent to 8.7 percent.“ 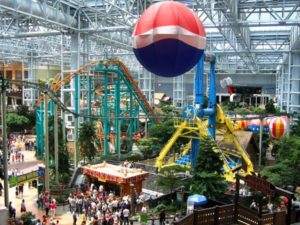