On a weekly based analysis (Fig. 1), several divergency containing MACD indicator, Chaikin and Ultimativ Oscilators co-occur in 2014 inside the DJ-Chart and were accombined by a break of the red supporting line which withstood since 2009 and had endured the crisis of 2011. 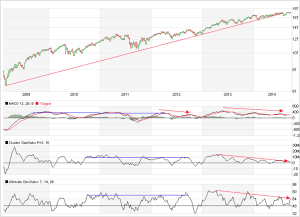 Among others, the Relative Strengthe Index as well as ENV26 lines on a monthly based analysis indicate an overbought market (Fig.2). 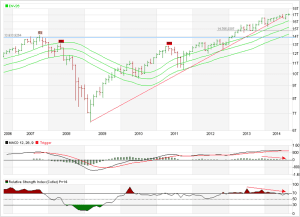 Therefore, you might be well advised to identify new supporting levels of the Index in case of an DJ-Index downfall.
Thus, I analysed horizontal supporting lines and Fibonacci resistances inside the ENVS area (Fig. 3) and found a region between 14766 and 14614 points (61,8% resistances) which seems to be the most likley reversal point and a probable target for the Index in 2015.

However, keep an eye on the negative Harmai candelstick pattern! If you see it in a monthly based Chart the downfall of the DJ-Index probably begins. Wish you good luck for the next months. 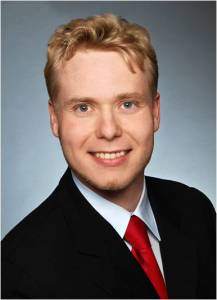