Hearing at the European Parliament’s Economic and Monetary Affairs Committee

Honourable Members of the Economic and Monetary Affairs Committee,

The first weeks of this year have shown that the euro area and the Union at large face significant challenges. A strong effort by all policy makers will be needed in the months ahead to overcome them. I am therefore grateful to be back before your committee to discuss these challenges and how the ECB can contribute to tackling them.

In my remarks today, I will address in turn the global economic context, recent financial developments and the state of the euro area recovery. I will conclude by briefly presenting our most recent decision to disclose the Agreement on Net Financial Assets – or ANFA – as I know this topic is of concern to some of you.

The state of the global economy

Let me start with the state of the global economy. In recent weeks, we have witnessed increasing concerns about the prospects for the global economy. Activity and trade data have been weaker than expected, turbulence in financial markets has intensified and commodity prices have declined further.

Slowing growth in emerging market economies is a focal point for this uncertainty. In the early years of this century, many emerging economies expanded at a rapid pace. They benefited from increasing integration with the global economy and the tailwinds of buoyant financial markets. As these factors diminish, many countries have to adjust to a new reality. In several economies the slowdown has revealed and exacerbated structural problems which are increasingly restraining growth. A continuation of the rebalancing process is needed to secure sustainable growth over the medium term. This could imply some headwinds in the short term, which will require close monitoring of the related risks.

One consequence of this adjustment is the divergence of economic cycles. While the recovery in advanced economies is gradually proceeding, the growth momentum in emerging market economies has weakened.

Weaker global demand has also contributed to the recent fall in the price of oil and other commodities, which in turn may have aggravated fiscal and financial fragilities in some commodity-exporting economies. Countries that have suffered worsening terms of trade have seen a sharp decline in activity, while investment in their energy sectors has contracted.

Since early December, a general deterioration in market sentiment has taken root and has gathered pace over the last week. This initially appeared closely linked to concerns regarding weakening economic activity around the globe – notably in emerging markets – and to potential adverse signals from falling commodity prices. Over time however, market sentiment has become more volatile and susceptible to rapid change. In this environment, stock prices significantly declined and bank equity prices were particularly hit, both globally and in Europe. The sharp fall in bank equity prices reflected the sector’s higher sensitivity to a weaker-than-expected economic outlook; it also reflected fears that some parts of the banking sector were exposed to the higher risks in commodity-producing sectors. The bulk of euro area listed banks, although they have relatively limited exposure to emerging markets and commodity producing countries, are currently trading well below their book values.

The fall in bank equity prices was amplified by perceptions that banks may have to do more to adjust their business models to the lower growth/lower interest rate environment and to the strengthened international regulatory framework that has been put in place since the crisis. However, we have to acknowledge that the regulatory overhaul since the start of the crisis has laid the foundations for durably increasing the resilience not only of individual institutions but also of the financial system as a whole. Banks have built higher and better-quality capital buffers, have reduced leverage and improved their funding profiles. Moreover, the Basel Committee on Banking Supervision noted that substantial progress has been made towards finalising post-crisis reforms and that the remaining elements of the regulatory reform agenda for global banks are being finalised. The clarification of these elements will provide regulatory certainty on the stability of the future framework. This will support the banking sector’s ability to make long term sustainable business plans into the future. In fact, central bank governors and heads of supervision indicated that they are committed to not significantly increase overall capital requirements across the banking sector.

In the euro area, the situation in the banking sector now is very different from what it was in 2012. Perhaps most importantly, euro area banks have significantly strengthened their capital positions over the past few years, notably as a consequence of the Comprehensive Assessment conducted in 2014. For significant institutions, the CET1 ratio has increased from around 9 to 13%, making them more resilient to adverse shocks. In addition, the quality of the banks’ capital has also been substantially improved.

With the 2015 Supervisory Review and Evaluation Process (SREP), the ECB has outlined the steady-state Pillar 2 supervisory capital requirements. This means that, all things equal, capital requirements will not be increased further. Hence, the banking sector can now conduct much better capital planning. Moreover, in 2015, the banks under ECB supervision further increased profits relative to 2014. This allows banks to have appropriate distribution policies while still meeting regulatory capital requirements and buffers, and to support lending to the economy. In addition, the ECB’s monetary policy actions continue to support banks’ financing conditions and, more broadly, economic activity.

Clearly, some parts of the banking sector in the euro area still face a number of challenges. These range from uncertainty about litigation and restructuring costs in a number of banks to working through a stock of legacy assets, particularly in the countries most affected by the financial crisis. There is a subset of banks with elevated levels of non-performing loans (NPLs). However, these NPLs were identified during the Comprehensive Assessment, using for the first time a common definition, and have since been adequately provisioned for. Therefore, we are in a good position to bring down NPLs in an orderly manner over the next few years. For this purpose, the ECB’s supervisory arm is working closely with the relevant national authorities to ensure that our NPL policies are complemented by the necessary national measures.

Against the background of downward risks emanating from global economic and financial developments, let me now turn to the economic situation in the euro area. The recovery is progressing at a moderate pace, supported mainly by our monetary policy measures and their favourable impact on financial conditions as well as the low price of energy. Investment remains weak, as heightened uncertainties regarding the global economy and broader geopolitical risks are weighing on investor sentiment. Moreover, the construction sector has so far not recovered.

In order to make the euro area more resilient, contributions from all policy areas are needed. The ECB is ready to do its part. As we announced at the end of our last monetary policy meeting in January, the Governing Council will review and possibly reconsider the monetary policy stance in early March. The focus of our deliberations will be twofold. First, we will examine the strength of the pass-through of low imported inflation to domestic wage and price formation and to inflation expectations. This will depend on the size and the persistence of the fall in oil and commodity prices and the incidence of second-round effects on domestic wages and prices. Second, in the light of the recent financial turmoil, we will analyse the state of transmission of our monetary impulses by the financial system and in particular by banks. If either of these two factors entail downward risks to price stability, we will not hesitate to act.

In parallel, other policies should help to put the euro area economy on firmer grounds. It is becoming clearer and clearer that fiscal policies should support the economic recovery through public investment and lower taxation. In addition, the ongoing cyclical recovery should be supported by effective structural policies. In particular, actions to improve the business environment, including the provision of an adequate public infrastructure, are vital to increase productive investment, boost job creations and raise productivity. Compliance with the rules of the Stability and Growth Pact remains essential to maintain confidence in the fiscal framework.

The Agreement on Net Financial Assets

Let me conclude by turning briefly to the recent decision to publish the Agreement of Net Financial Assets, also known as ANFA. This is another step to live up to our commitment to be accountable and transparent, both towards you as Parliament and towards the public at large.

The ANFA is an agreement between the ECB and the euro area National Central Banks – the NCBs. It ensures that monetary policy is unaffected by NCB operations related to their national, non-monetary policy tasks.

The right to perform such tasks dates back to the start of Economic and Monetary Union. At that time, the founding member states decided to centralise only central bank functions and tasks that are necessary to conduct a single monetary policy. All other tasks remained with the NCBs. Such national, non-monetary policy tasks include managing the NCBs’ remaining foreign reserves – including gold – after the transfer of foreign reserves to the ECB, managing some non-monetary policy portfolios including those related to pension funds for their employees, or providing payment services to national governments.

When the NCBs hold portfolios not related to monetary policy as part of their national tasks, these portfolios are financed either by central bank money provided by the NCBs or by non-monetary liabilities. This does not interfere with monetary policy as long as it is limited to less than the amount of banknotes needed by the public. This limit ensures that banks still have to borrow from the Eurosystem at the monetary policy rate set by the Governing Council.

Here is where the ANFA comes in. Its purpose is to limit the size of the NCBs’ non-monetary policy portfolios, net of the related liabilities, and thus to ensure that the Eurosystem can effectively implement the single monetary policy.

Of course, when performing national tasks, the NCBs must comply with the Treaty including the prohibition of monetary financing. Moreover, if these tasks were to interfere with monetary policy in any other way, they can be prohibited, limited or have conditions placed on them by the Governing Council.

The publication of the previously confidential ANFA text was a unanimous decision of the ECB and the NCBs in the Eurosystem to live up to our commitment to be transparent. This publication should resolve misunderstandings about ANFA. In particular, it clarifies that the sole purpose of ANFA is to set limits for non-monetary policy operations related to national tasks of the NCBs, which they are allowed to conduct according to the Treaty. Nothing more and nothing less. These limits ensure that the NCBs’ operations do not interfere with the objectives and tasks of the Eurosystem and, in particular, with the single monetary policy.

Finally, complementing the information on ANFA, the ECB also published data on the Eurosystem’s aggregate net financial assets. The NCBs will follow suit and disclose their respective net financial assets when publishing their annual financial accounts. These data provide factual information to the public as to which part of central bank money demand is provided by non-monetary policy operations.

Thank you for your attention, and I look forward to your questions. 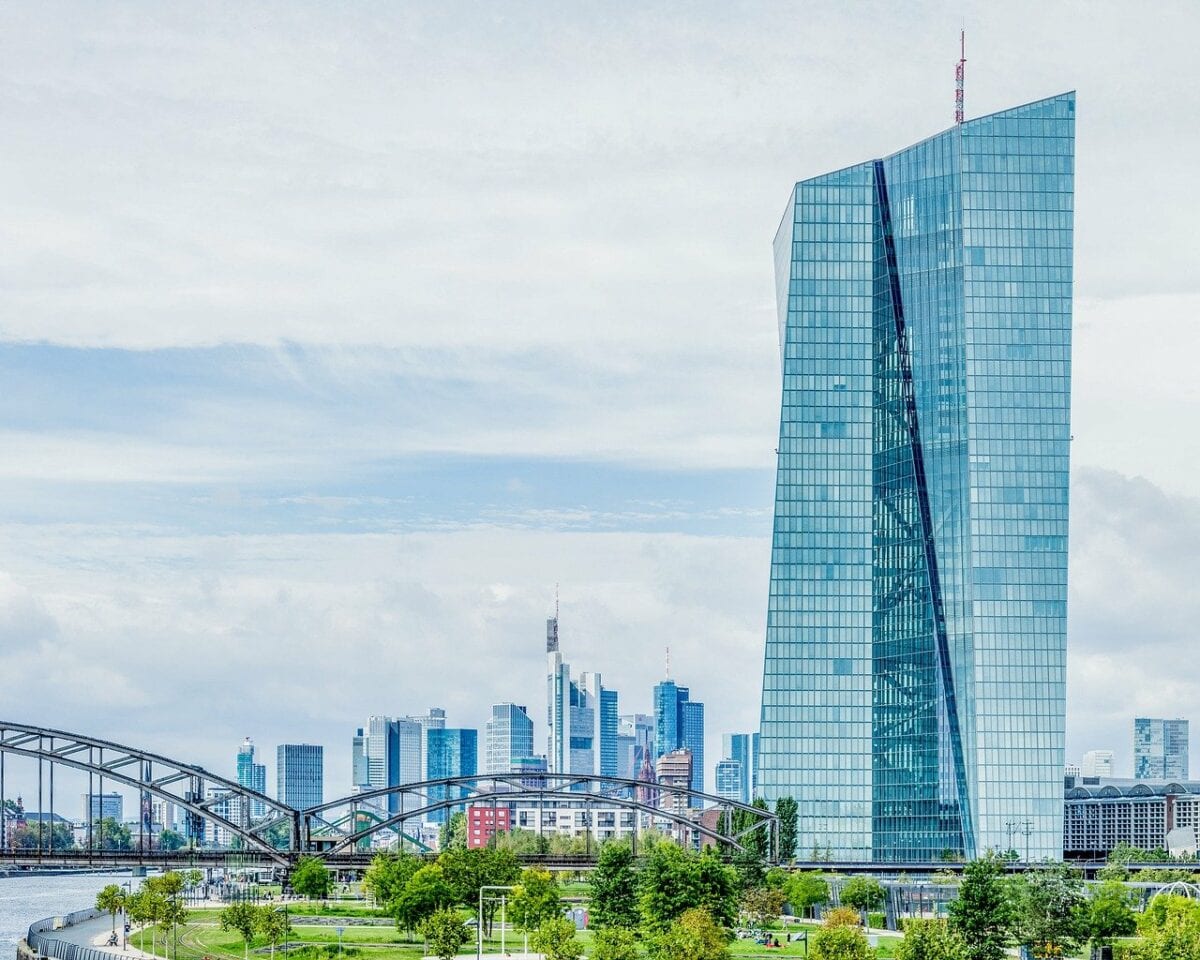 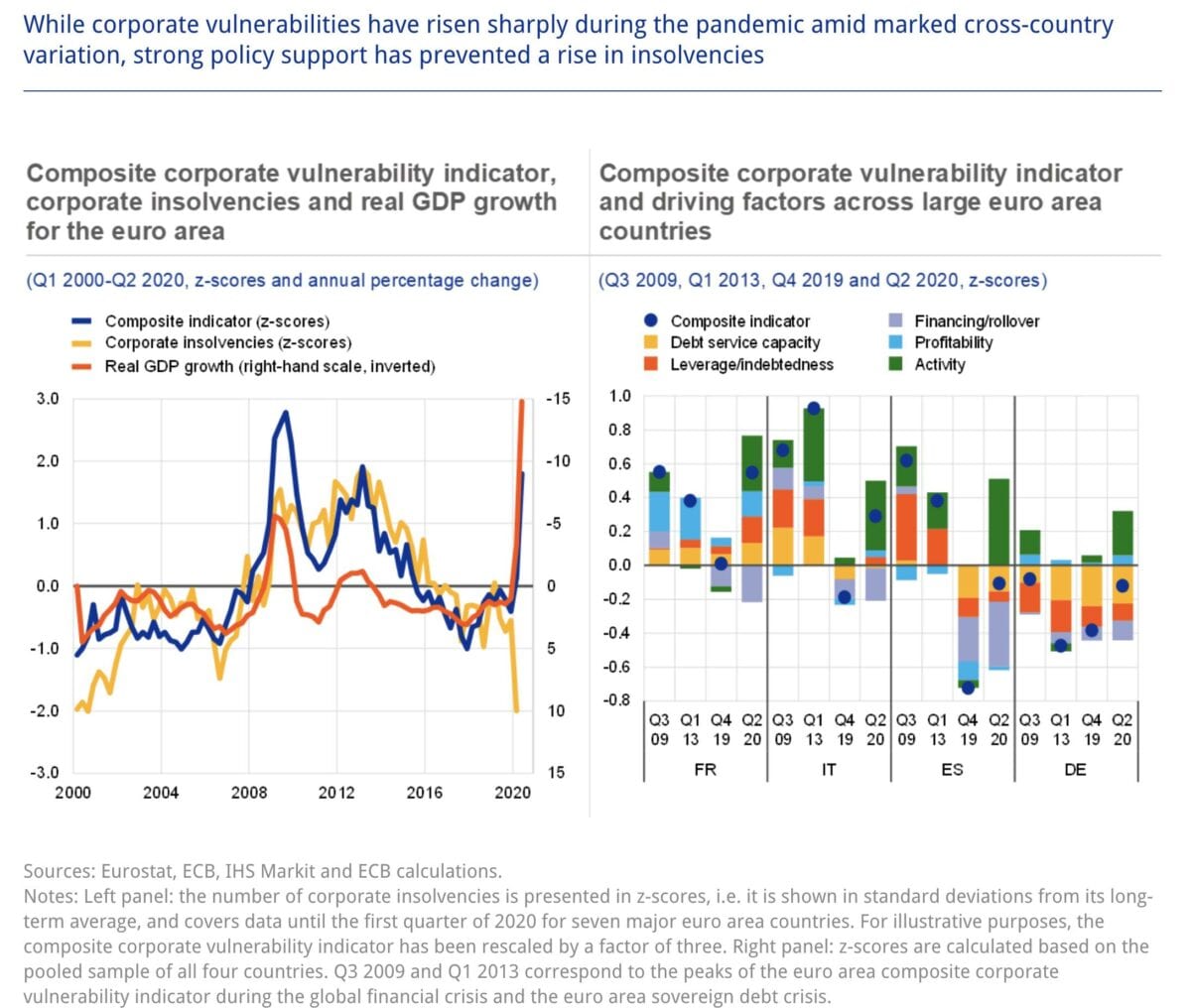 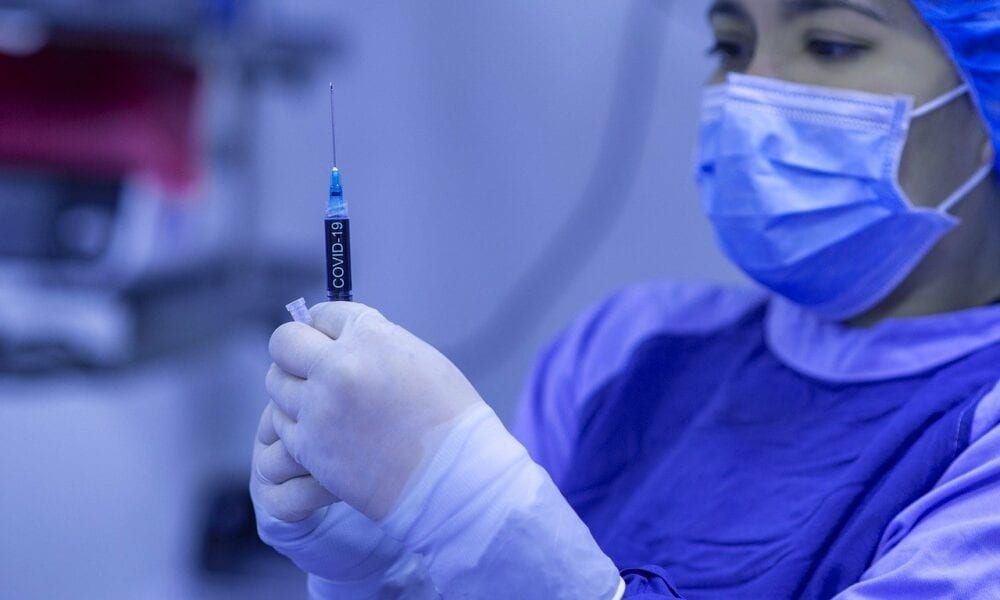 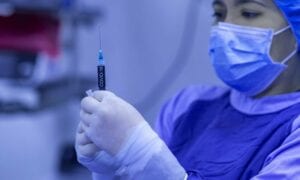 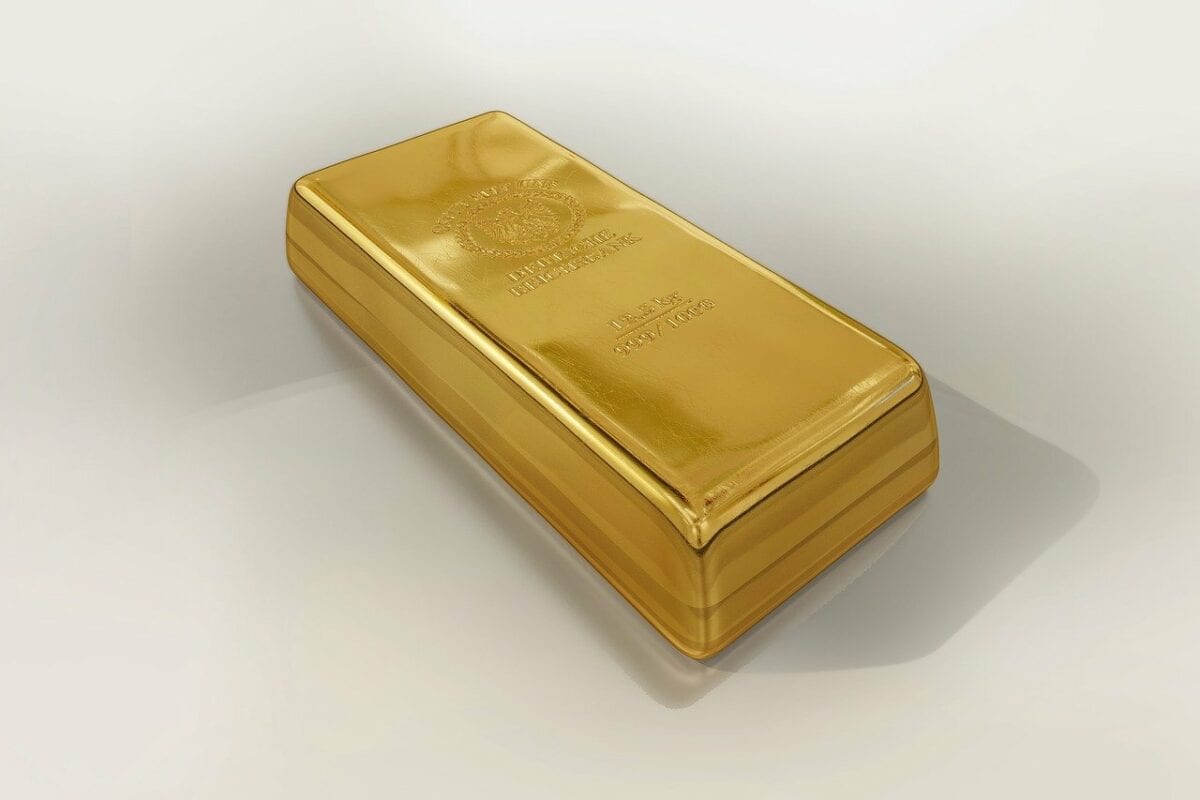 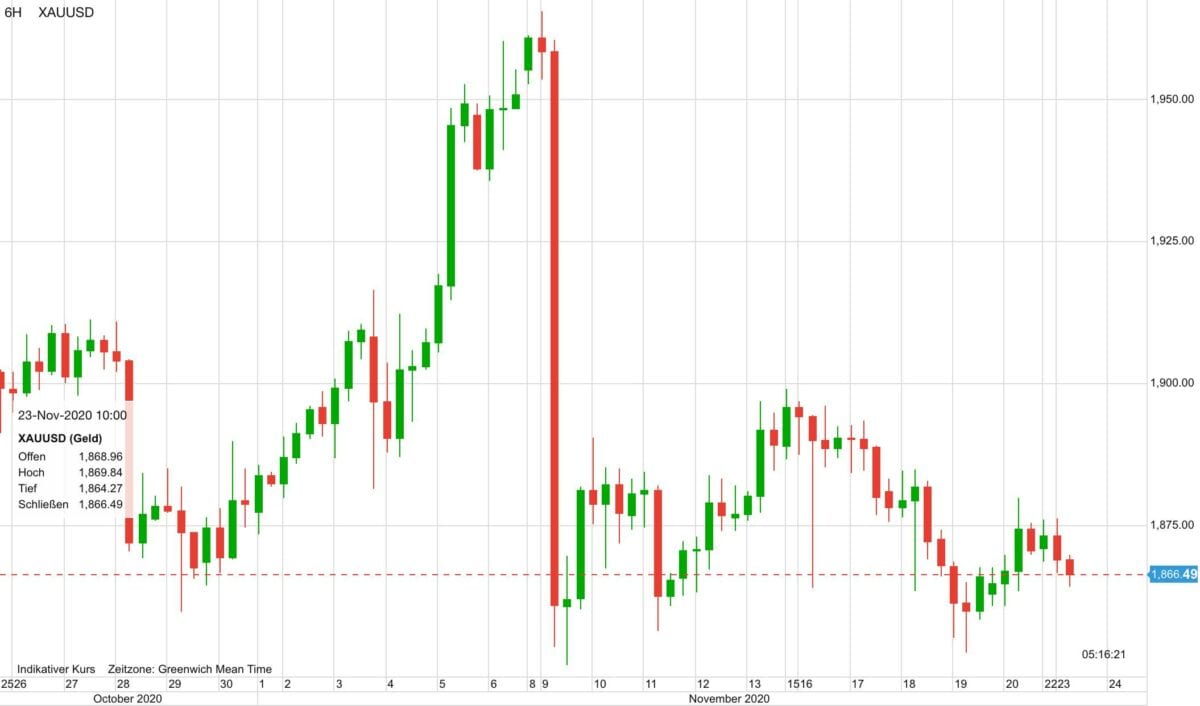